Benefits And Responsible Use of Mobile Phones for Children and Teenagers 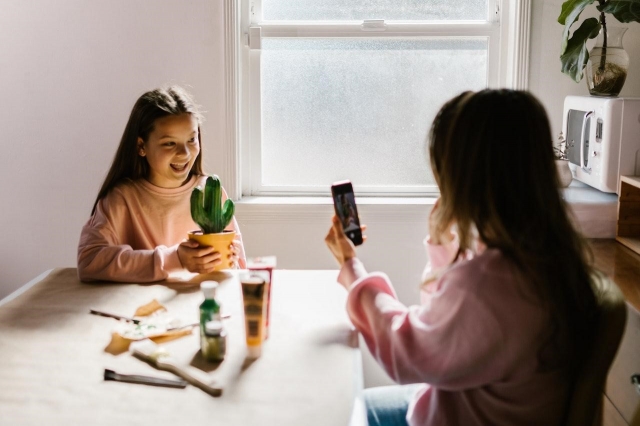 Living in the 21st century cannot be imagined without the use of technological inventions. From smart TVs to smartphones, tablets and diverse computers, we rely on gadgets daily to perform our regular activities. While millennials didn’t grow up with mobile phones in their hands but were introduced to these modern technologies as teenagers, now that their kids are in question, the story is different. Many modern-day parents use mobile phones to calm down a fussy kid or prevent tantrums when they're too little. So, it's natural for a kid to want to interact with their phone and ask for one to bring to school, playdates with grandparents and similar outings. Carrying a mobile phone doesn't have to be frightening to you. We have a few tips to help you control the child's use of a phone and teach them to utilize it safely.

Easier to know where they are

Naturally, all parents worry about the safety of their children. One of the biggest benefits of mobile phones is that it allows you to know where your child is at any given moment. With the help of a mobile phone, now you can easily and quickly reach your kid and check if they arrived at their friend's house or on a field trip. It offers peace of mind that millennials' parents didn't have until the kids reached their late teenage years and started carrying mobile phones to school.

The moment they start playing video games on their phones, listening to YouTube music, or watching YouTube tutorials, they will fall down the rabbit hole of mindless Internet browsing. Eventually, if you don't supervise their Internet activity, your kids can spend over 6 hours a day using their phones. In no way is that healthy for an individual, so agree on how much time they can spend using their phone. Make sure they always have it out of arm's reach and on silent when they're studying to prevent procrastination.

When you allow your child to use a mobile phone, you need to set some rules and decide on monthly expenses for them. You can choose some affordable jood lines for your teenager and allow them to use their phone responsibly within the plan you pay. It’s vital to explain that they are not to exceed the monthly limit of texts, calls and internet data because you won't pay extra. They must learn to appreciate what they have and use the phone in moderation.

Control who they communicate with

When you hand the mobile phone to kids, you're opening a new world to them. The world of the internet is filled with brilliant content but has its dark side too. You never know what kind of predators could be lurking and asking for your child's phone number. Teenagers are especially susceptible to falling under other people’s influence, so always know who your children are communicating with. Check their calls and keep an eye out for texts. Don’t spy on them, but engage in a serious but pleasant conversation about their new friend. They need to feel like they can trust you and confide in you, so you can be sure they’re out of harm’s way.

Are you one of those parents who love to check all the devicećs specifications first and use it a little before you hand it over to the kid? Did you already set a wallpaper for them without them knowing about it? You shouldn’t act like you bought the phone for yourself. It’s your child’s phone, so they should customize it according to their needs and likes. However, you should control the content they watch and the time they spend using the phone. Nowadays, almost every smartphone will have the option to limit the time a user spends on Facebook, Instagram, Tik Tok and other social media apps. Not only social media apps but all other apps as well. Furthermore, you can filter the content they access and the time they can look at the screen during the day.

Don’t show it to strangers, always charge it

Have you ever talked to your child about strangers coming to talk to them and ask about their family? You need to inform your kid about the potential encounter with strangers that can turn out to be predators who follow them home, see them walk home without a parent and start gaining their trust. Be sure to teach the kid not to carry their phone in their hands on the way home or to school. Have them store it safely in their pocket or a backpack and only take it out to answer a call or call you. On top of that, remind them that the phone needs to be charged regularly. It's their responsibility because it's their phone.

Having a mobile phone has become usual for teenagers as well as adults. Don’t be afraid of allowing your child to use a smartphone. As long as you teach them to use it responsibly, you won’t have anything to worry about. Check all the tips we've listed, and we guarantee you'll have peace of mind.

Benefits And Responsible Use of Mobile Phones for Children and Teenagers